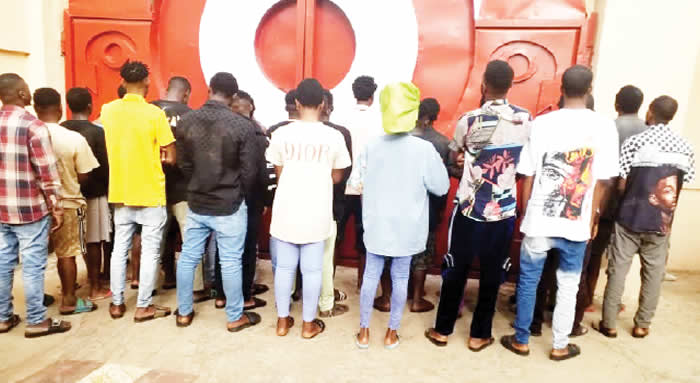 The Ilorin Area Command of the EFCC covers Kwara, Ekiti and Kogi States.

According to the EFCC, the suspects were arrested on the basis of credible intelligence obtained by the command.

“Items including six exotic cars worth millions of naira, 47 different brands of phones and 16 laptops were recovered from the suspects at the time of arrest,” the statement added.

Uwajuaren also said four people suspected of being involved in similar offenses were arrested over the weekend in Ilorin by EFCC officers.

He said the suspects would be brought to justice when investigations are completed.