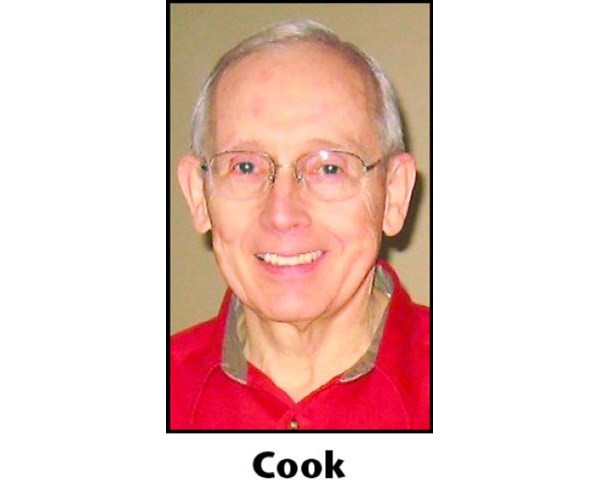 THOMAS CLARK COOK, 88, died on Tuesday, May 18, 2021, at 2 a.m. Born in Gary, Indiana on February 17, 1933, he was the son of Herbert Brent Cook and Josephine Estella Clark. He received a Bachelor of Education from Indiana University with a minor in Mathematics. In 1954, he married Suzanne Lebrun and they had nine children. They lived on a 13-acre farm near Grabill, Indiana, where the family worked and played together. Tom served in the United States Army from 1955 to 1957, most of the time in Germany. Upon his return from duty, he began his educational career at Price Elementary School as a teacher and later became a principal. Most of his career has been spent as a principal at Lincoln Elementary School. He has had a positive influence on many children, educators and staff. He and his family joined The Church of Jesus Christ of Latter-day Saints. Official church duties included serving as stake president of the Fort Wayne, Ind. From the late 1970s to the mid 1980s. He devoted his time to quiet service and the ministry of others. In 1988, he married Martha Ellen Bolyard. During his retirement, they learned French and spent a month in France. They built their home and enjoyed renovating their homes together. Tom enjoyed cycling and reading even with his eyesight deteriorating. He was adamant about being legally blind. He is survived by his wife, Martha (Marty); the children, Jenny Jones, Nora Perkins, Amy Keener, Rachel Geistwhite, Carla, Jason, Nathan and David Cook; and step-sons, Mark Bolyard and Todd Bolyard. The memorial service will be held at 10 a.m. on Monday, May 31, 2021 at The Church of Jesus Christ of Latter-day Saints in Huntington Ind., 1190,500 N, intersection of US 24 and Highway 9; masks and social distancing are required for in-person participation, the number of participants is not limited. The Zoom ID for the service to virtually attend is 925 0140 5383. Tom donated his body to the Anatomical Education Program at Indiana University School of Medicine. Monetary donations to: Anatomical Education Program, 635 Barnhill Dr., Room MS 5035, Indianapolis (IN 46202).