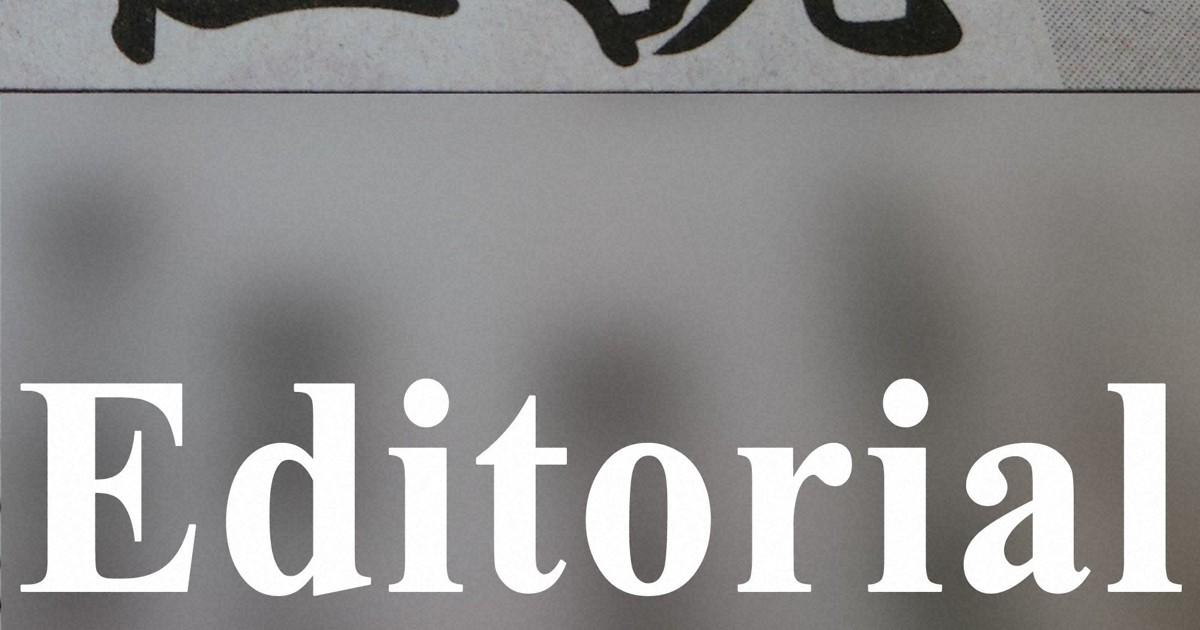 Editorial: Protecting the Value of the Internet in a Context of Global Fragmentation

The raison d’être of the Internet, which allows anyone to freely transmit information, is being reassessed following Russia’s invasion of Ukraine, as our cross-border information infrastructure faces a fragmentation crisis.

The Internet Corporation for Assigned Names and Numbers (ICANN), headquartered in the United States, is a private organization that manages Internet domains. At the end of February, the Ukrainian government asked ICANN to invalidate Russian domains.

Ukraine’s goal was to stop the Russian government’s propaganda justifying the invasion, but ICANN rejected the request, saying, “In our role as technical coordinator of unique identifiers for the Internet, we are taking to ensure that the operation of the Internet is not politicized. , and we have no authority to impose sanctions.”

At the same time, some communication companies in the United States and Europe have suspended their services to Russia, on the grounds that these services could open the way to cyberattacks.

— An information war on smartphones

Since the end of the Cold War, the Internet has grown alongside economic globalization. In the 1990s, there were a few million Internet users. Today, there are 5 billion, and the internet has become an international public good.

Internet fragmentation that damages truly global connectivity is called splinternet. It is not uncommon for authoritarian states to disconnect foreign countries from their national networks to control information. Russia has put in place a law to block information of foreign origin in the event of an emergency. And many US-based social media sites cannot be used in China, which has tightened its information controls.

The question this time was whether the international society would exclude Russia from cyberspace.

“This is the first time the world has been made to think about what to do with the internet in times of war,” said Akinori Maemura of the Japan Network Information Center, which manages internet addresses.

During the Gulf War in 1991, the US military attack on Iraq was broadcast live by satellite. Today, citizens of Ukraine use social media to tell international society about the damage done to their country and ask for help. And smartphones play a leading role in the information war.

In Russia, meanwhile, restrictions have been imposed on social networks, only allowing the dissemination of information favorable to the government. For this reason, more and more people are said to be using encrypted virtual private networks (VPNs) to try to access news from abroad.

Andrew Sullivan, President and CEO of the Internet Society, a global organization that plays a leading role in the development of Internet technology and other areas, wrote that for people around the world living in conflicts, the internet “is a tool to help them understand what is happening on, and to communicate their struggle. He added: “Cutting an entire population off the internet will stop misinformation coming from that population – but it will also stop the stream of truth.

To maintain a democratic society, it is vital that the public can freely access information infrastructures and learn the truth. The problem is that advanced digital technology is being abused, making it harder to determine whether information is authentic or not.

— The role of the Internet in strengthening democracy

When the Internet appeared and began to grow, it was hoped that if the world was connected by lines of communication, people would share values ​​such as freedom and human rights. Currently, however, we are seeing the side effects of these connections.

As was evident with the release of a fake video appearing to show Ukrainian President Volodymyr Zelenskyy calling on his own troops to give up, deep fakes built using artificial intelligence are becoming increasingly sophisticated. False information creates prejudice, fueling opposition.

The United States and some other countries have had problems with election interference, with personal information being collected and analyzed to induce certain election behaviors. Such interference distorts the democratic process.

It was also pointed out that the use of social media and search engines narrows people’s opinions, grouping them into echo chambers where they only converse with like-minded people and where oblique information circulate freely. We must not let society become intolerant, banish different values.

Cyberspace can be protective or destructive of peace, depending on how it is used. States and regions that respect the free flow of information should cooperate and unite to build a mechanism to maintain the health of the Internet.

The internet allows people with different backgrounds and mindsets to connect with each other and come to a common understanding through discussion. International collaboration must be strengthened to protect its value and strengthen democracy.