Data traffic passing through the London Internet Exchange (LINX) reached another record high today – peaking at 7.424 Tbps (terabits per second) at 3:10 p.m. – in England’s first game of the FIFA World Cup Qatar 2022 against Iran , which saw the three lions come away with a 6-1 victory.

The fact that the game took place outside of a traditional holiday period and during normal working hours will have meant that many people were likely to stream it at work or via their Smartphones, rather than a traditional TV broadcast. At the time of writing, we don’t have any data on individual broadband ISPs or mobile operators, but LINX is normally a good indicator of major traffic flow trends.

LINX handles a key portion of data traffic in the UK and globally via its switches via around 1,000 members (ISPs, mobile operators etc) and they have only recently peaked at 7.2 Tbps last week, which was on the back of the Call of Duty: Warzone 2.0 Release. But it’s also quite traditional for major sporting events, like the World Cup, to set new traffic records, and so it is again.

However, LINX does not provide a complete overview of Internet traffic flow from all ISPs, but they do give a useful indication of how much additional traffic is flowing than normal. Credits to Think Broadband for spotting this first. 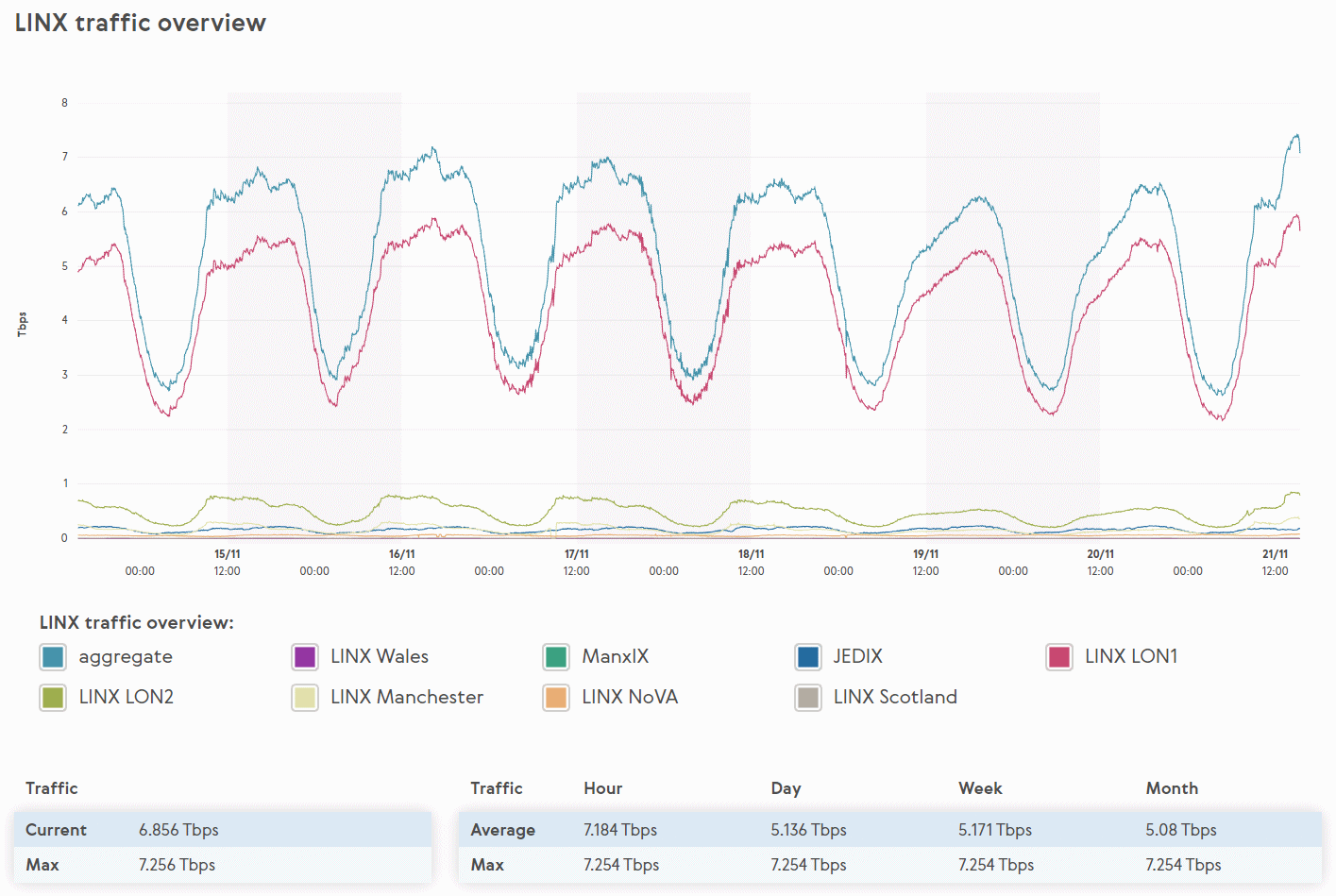 Broadband and mobile providers use sophisticated networks and content delivery systems (CDNs) to help manage the load of such events, which caches popular content closer to end users on the network ( i.e. improves performance without adding strain to the network). This in turn reduces the provider’s impact on external links and helps reduce costs.

The following Group B match of interest today will be Wales v USA at 7 p.m. But this will happen outside working hours.