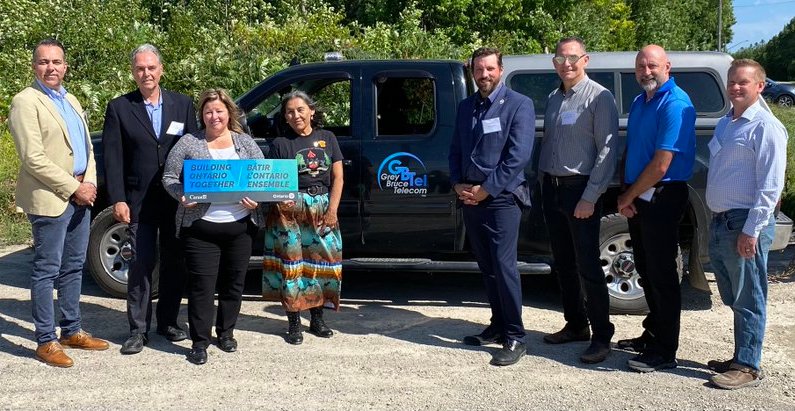 Political representatives from all levels were on hand today to announce a project underway in partnership with the provincial government, the federal government and the Southwestern Integrated Fiber Technology (SWIFT) project.

They say nearly 300 families, farms and businesses will benefit from improved access to fast and reliable high-speed internet on the Chippewas of Nawash Unceded First Nation.

Dominic LeBlanc, Minister of Intergovernmental Affairs, Infrastructure and Communities, said in a statement, “Reliable broadband infrastructure is a necessity for the growth and prosperity of rural, remote and Indigenous communities.

This announcement builds on the Government of Ontario’s plan to connect every community to high-speed internet by 2025.

The contract to expand broadband services in the Chippewas of Nawash Unceded First Nation was awarded by Southwestern Integrated Fiber Technology (SWIFT) Inc., a not-for-profit company launched by local municipalities to provide connectivity in southwestern Ontario.

The release says more than $255 million has been invested by the governments of Canada and Ontario and the private sector to bring high-speed internet to more than 63,000 homes and businesses in southwestern Ontario. .

Byers says this is great news, adding in a statement, “In rural Ontario, we know good internet service is a necessity.