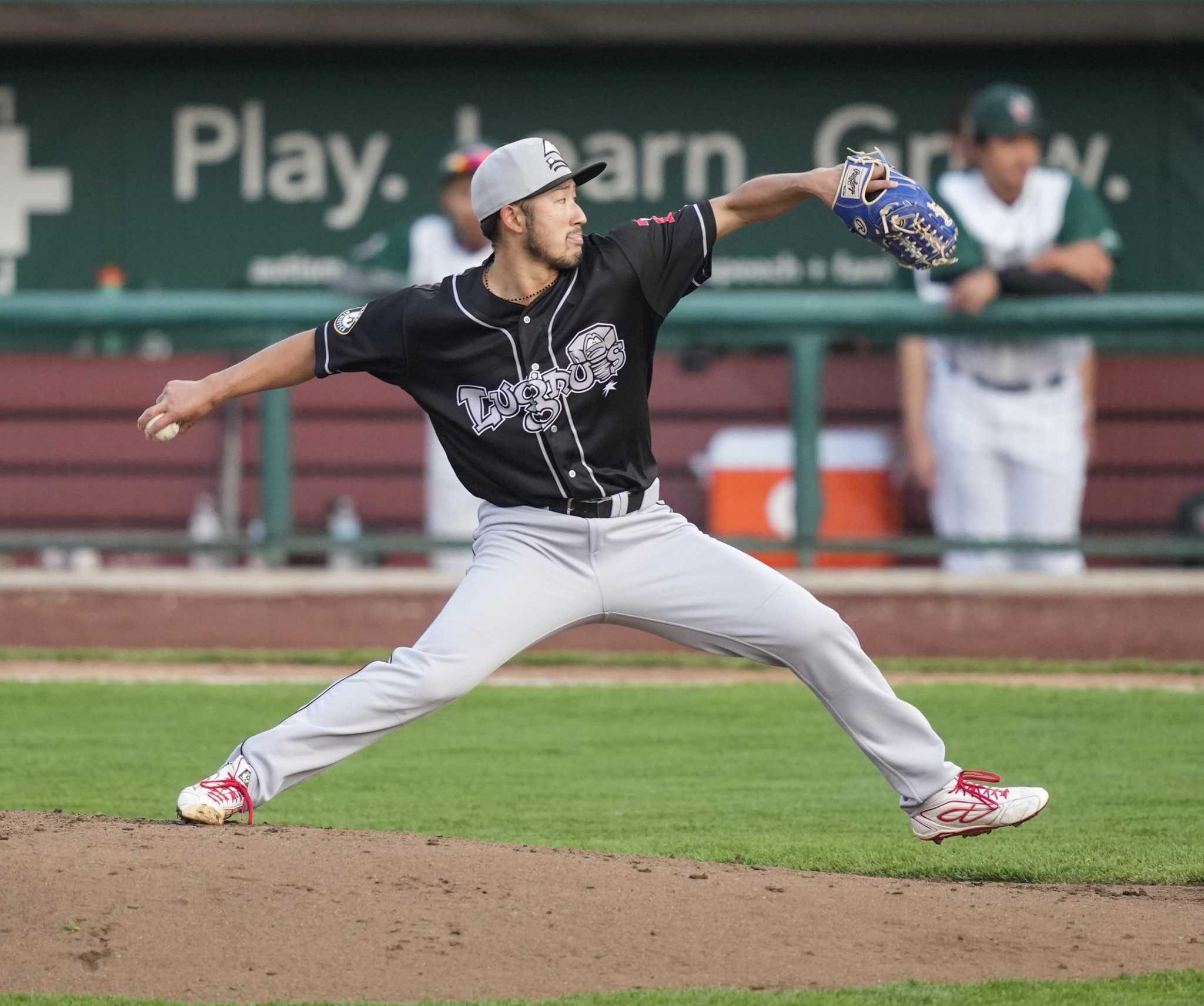 MESA, Ariz. — Pitcher Shohei Tomioka and the A’s connected online. There’s more to Japan’s Tomioka journey to the Minor League A system, but that’s how the 26-year-old right-hander, who kicked off last season with High-A Lansing, first learned the open try that led to Oakland signing him.

As assistant general manager Dan Feinstein recalled, in 2019, the A’s scout in Japan casually remarked that some “average, ordinary” baseball players there could pitch like professionals.

Scouting is an inexact science. Rating hours are used to predict what a player might become. Not all the best prospects become stars. In a country with as much baseball as Japan, even with its own professional league, some talent can slip through the cracks.

So, at the end of 2019, the A’s decided to organize an open trial for pitchers. They spread the word on social media. Adam Hislop, the team’s Pacific Rim scouting coordinator, couldn’t recall the exact wording of the ad, but said it was something like, “If you think you can throw 90…”

Tomioka’s was part of the wave of responses. A 6-foot right-hander with an easy delivery, Tomioka had played at Toyo University, a strong program in the Tokyo area, but he didn’t attract any interest from professional teams. Hislop said several of Tomioka’s teammates eventually became high draft picks in Japan and likely eclipsed him in front of scouts.

After graduating, Tomioka landed a spot on an industrial league team. These teams are set up by companies in Japan and are made up of employees. Tomioka, who spoke in English and through an interpreter during an interview Monday at the minor league A facility, said his non-baseball job involves packing drugs into boxes.

“It was boring,” he said in English.

Even then, Tomioka said, he aspired to play major league baseball. He thinks it may have started when he was 5 or 6 years old, when he was playing in the park near his home in Toyama, a coastal town northwest of Tokyo. His grandfather regularly watched MLB games broadcast in Japan – usually Ichiro Suzuki with the Mariners, sometimes Hideki Matsui with the Yankees.

“I haven’t watched Japanese professional baseball games much,” Tomioka said. “But I watched MLB games every morning – every morning.”

Tomioka saw the A’s tryout ad on Twitter. Hislop guessed that over 100 people responded. To reduce it, the A’s asked to launch videos. They invited around 30 people for the actual trial at a facility in Tokyo, first checking that none were already under the control of Japanese professional teams.

In attendance were Hislop, Special Assistant for Scouting and International Operations Steve Sharpe and Toshiyuki Tomizuka, the A’s scout who originally mentioned the heat throwing truck drivers. Hislop said several of the guests threw over 90 mph, including Tomioka.

“He got up there and threw a pitch, you could see he was fluid, he was quite athletic and he knew what he was doing,” Hislop said.

The A’s offered Tomioka a minor league contract soon after. Tomioka called her reaction “shocked”. Hislop remembers meeting Tomioka at a train station to go over the details. The A’s, who signed Tomioka for a bonus of less than $50,000, included a photo of Tomioka and Tomizuka shaking hands with their January 2020 announcement.

The pandemic then inflicted its global pause. Tomioka remained in Japan that year, training at a friend’s gym in Nagoya and then returning home. The connection with the A’s was to be distant, but Tomioka maintained it.

“He worked his tail there on our pitching program that we gave him,” Feinstein said. “He was a little lonely for a year and got better, worked and sent us videos. You could say determination. … He was a bit of an unknown when he came here. And he opened a bunch of eyes.

Tomioka entered the miners at High-A Lansing. In 25 outings, including nine starts, he compiled a 6-7 record and a 4.65 ERA, striking out 78 in 71 ⅔ innings. His delivery begins with a small hitch as he picks up his left leg. His fastball hovers between the low and mid-90s, and he throws four- and two-seam shifts. Don Schulze, Lansing’s pitching coach, said he worked on Tomioka’s curveball last year.

“I think you can say he’s an average curveball in the major leagues now, and he started learning how to use it earlier in the count, getting ahead with a few easy hits,” said Schulze.

“His performance is repeatable. It all comes out of the same exit point, so he hides his throws well and they dig into each other really well. He has a cutter that looks like his fastball, so it’s hard for hitters to grab it. Curveball comes out of that same lane and tunnels out of that pit. He has a big extension, holds the ball for a long time, so the batter doesn’t have as much time to see him.

Tomioka said “the battles were tough” against minor league hitters, but “I was able to really improve.” A big change off the field: “Meals”. Fortunately, he said, “I like American food.” A favorite? “Steak.”

Tomioka was among 14 A pitchers invited to minor league minicamp before the full camp began. They like his throwing tendencies and his range of shots. He is likely to start the season at Double-A Midland, another step on his unlikely road to The Show.

“He’s going to have to locate and pitch, and he definitely can,” said Minor League A’s pitching coordinator Gil Patterson. “With the year he had last year, it’s like, OK , level up, see if you can do the same in Midland. If you can, move on to the next one. Just keep moving until the batters tell you you’re not good enough anymore.