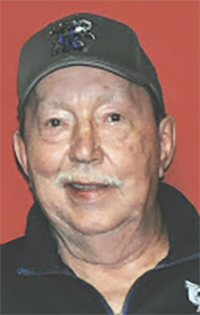 The funeral was held this week for Ike Adams, whose signature was familiar to readers of many newspapers in Appalachian Kentucky and beyond. He died on June 18, at age 72, of complications from Parkinson’s disease.

Adams “has often worked as a grant writer, particularly for the Christian Appalachian Project and fundraising events,” his widow Loretta wrote in his obituary for The Mountain Eagle in his hometown of Letcher. He has also been responsible for development and marketing for the Federation of Appalachian Housing Businesses, which serves housing needs in Kentucky, Tennessee, Virginia and West Virginia. He is based in Berea, 10 miles east of Paint Lick, where he lived.

Adams’ humorous column typically focused on the simple treasures of Appalachian culture, such as wildlife, fishing, gardening, ancient vegetables, and potato storage. But he’s also written about Appalachian books and good causes, and his lengthy article for FAHE on Appalachian Housing in 2001 was produced with the in-depth knowledge of someone who grew up in the area and was familiar with the facts and figures necessary to obtain grants.

Reviewing the 2006 novel, Dark and Bloody Ground, by Roberta Hayes Webb, Adams wrote, “The reading experience is an emotional roller coaster ride that is as close to the Appalachian experience as anything else. have never read. Readers who know and appreciate our culture will find themselves at home, but keep a box of tissues handy and also be prepared to run wherever you go when you’re terribly scared.

“Ike liked to write because he liked people,” wrote Loretta Adams in what served as her last column. “He felt an intense obligation to the newspapers and to the people who followed his columns. He loved writing about his family and friends in eastern Kentucky and growing up in Blair Branch. These stories were mostly filled with humor and love for these mountains and the people who lived there.

Memorial gifts can be given to the American Diabetes Association or Hospice Care Plus. Memories and condolences can be posted on her tribute page at www.ramsey-young.com.

This article originally appeared in The Rural Blog, a publication of the Institute for Rural Journalism and Community Issues at the University of Kentucky.