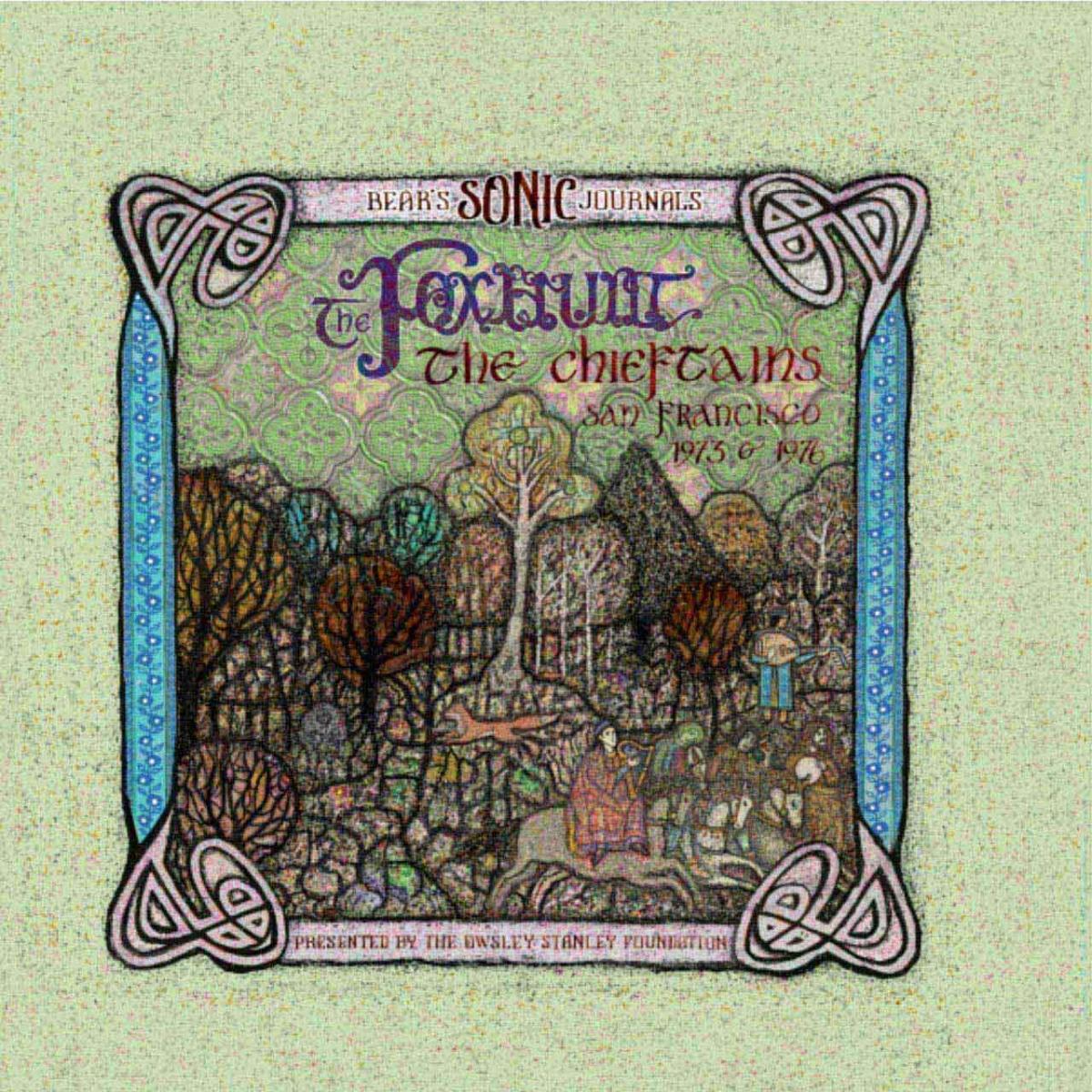 Living in San Francisco in September

After last year’s relaunch of Claddagh Recordsthanks to the signing of a worldwide licensing agreement with Universal Music Ireland, and the flagship release Chronicles: 60 years of the Chieftainscomes another singular version: Bear’s Sonic Journals: The Foxhunt, The Chieftains Live in San Francisco 1973 & 1976.

This unreleased project from the Owsley Stanley Foundation and Claddagh Records is the latest from legendary Chieftains member Paddy Moloney. It will be released worldwide on September 16 on LP, 2CD and digital platforms. via Claddagh Records/UMe.

Bear’s Sonic Journals: The Foxhunt, The Chieftains Live in San Francisco 1973 & 1976 was recorded live by legendary soundman Owsley “Bear” Stanley, at Boarding House on October 1, 1973, where The Chieftains appeared at the personal invitation of Jerry Garcia of The Grateful Dead.

Owsley Stanley, known as Bear to his friends, was a multi-talented iconic figure of the 1960s. The highest quality LSD to help fuel the psychedelic revolution of the 60s, he was a self-taught innovator, scientist, artist and patron of the arts with a wide-variety of interests. As such, he had a profound and well-documented influence on other artists, musicians, and sound engineers, among others.

Bear’s Sonic Journals: The Foxhunt, The Chieftains Live in San Francisco 1973 & 1976 is one of those “Sonic Journals”, which is lovingly maintained by the Owsley Stanley Foundation, a non-profit organization dedicated to preserving Owsley’s archive of over 1,300 concert soundboard recordings live from the 1960s, 1970s and 1980s, including recordings by Miles Davis, Johnny CashThe Grateful Dead, Jefferson Airplane, Fleetwood Mac, Janis Joplin and over 80 other artists in almost every musical idiom.

Hawk Semins of the Owsley Stanley Foundation says, “Jerry Garcia, lead guitarist for The Grateful Dead, played banjo in the frenzied bluegrass band Old & In The Way, and after Jerry appeared with The Chieftains on the show Tom “Big Daddy” Donahue’s radio on KSAN, he wanted them to open for him. On the KSAN show, Jerry explained the influence of traditional Irish music on American country and bluegrass music, saying that “the nature of the songs resembles what the fathers of country and western music, American music, grew up singing”.

You can actually hear exactly what Jerry had in mind when listening to this recording of The Chieftains at the Boarding House, recorded that night by Owsley “Bear” Stanley.

The project features the art of the young and famous Irish painter Conor Campbell and contains numerous liner notes from members of the Owsley Stanley Foundation and legendary bluegrass musician, Ricky Skaggs; this live album is a true piece of music history and a groundbreaking innovation in live music recording.

The 2CD also contains bonus material from the latest interview Paddy Moloney of The Chieftains had ever given before his passing in 2021 and a history of Irish roots in Bluegrass music by Jerry Garcia.

For the latest music news and exclusive features, check out uDiscover music.