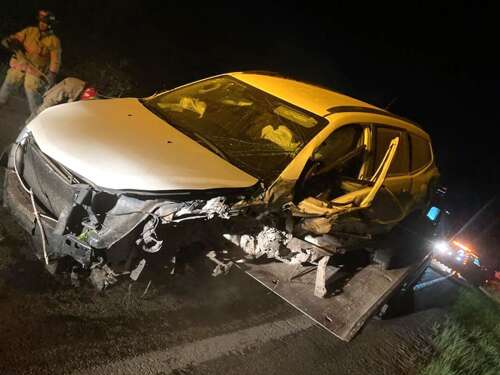 On Friday, a Chevrolet SUV in a head-on collision on Colorado Highway 145 nearly flung itself into the Dolores River. Two passengers were injured. The driver of the Honda Civic involved in the accident died instantly. (Courtesy of the Dolores Volunteer Fire Department) 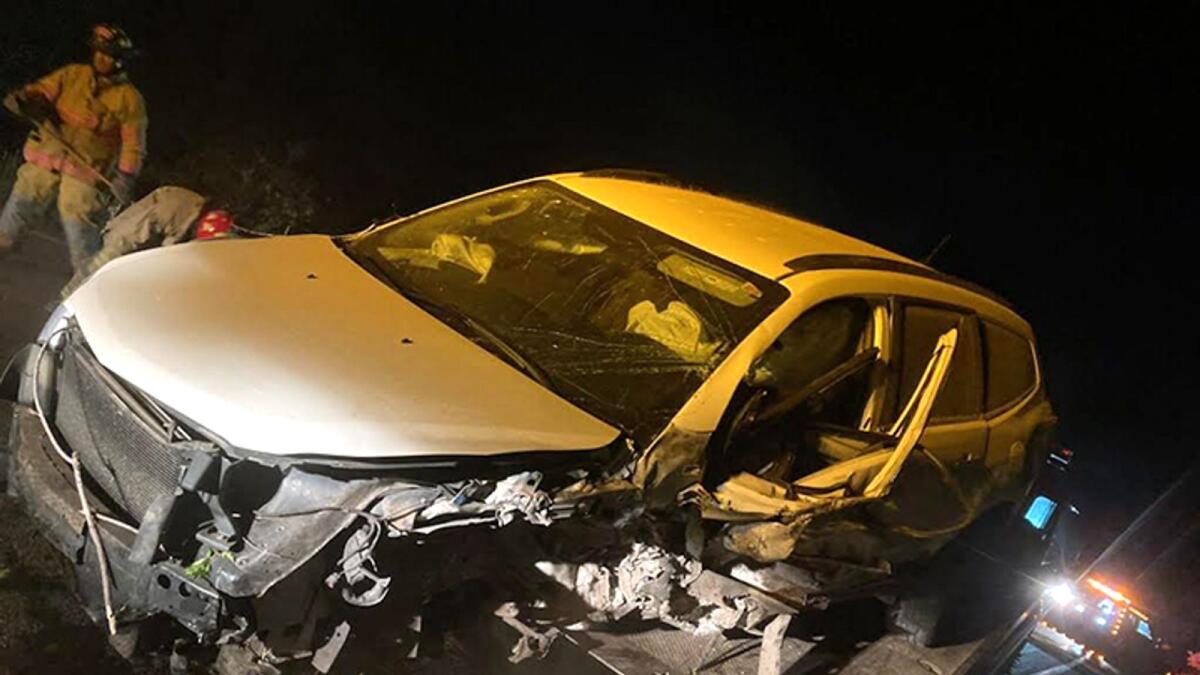 The crash happened on Friday northeast of Dolores

A three-car crash Friday night on Colorado Highway 145 killed a man, injured two people and closed the freeway for hours, according to the Colorado State Patrol and emergency services.

The accident was reported at 6:42 p.m. on Friday at kilometer 18 northeast of Dolores.

Lewis said that, according to the preliminary report, Davis was heading south when he entered the northbound lane and collided head-on with a Chevy SUV carrying a trailer. A southbound Nissan SUV then collided with the rear of the Civic.

The Civic landed on the west side of the freeway. The Chevrolet SUV was thrown on the east side and rolled over on the passenger side on the banks of the Dolores River.

A passer-by helped get the occupants out of the Chevrolet, said Dolores Volunteer Fire Chief Mike Zion.

The driver and two boys, aged 6 and 13, were taken to Southwest Memorial Hospital in Cortez, Lewis said.

One of the boys was then airlifted to Denver Children’s Hospital, Zion said.

The driver and passenger of the Nissan were not injured, according to the State Patrol report.

Drugs, alcohol and speeding were not suspected in the crash, Lewis said. Investigators have yet to determine why Davis entered the oncoming lane.

Lewis said all occupants of the vehicle were wearing seat belts or were properly secured in child seats.

Zion said the freeway was closed to traffic for several hours after the crash.

After about two hours, emergency traffic was cleared to pass the accident site. But the highway was again closed for two more hours to allow the body to be recovered and the scene to be investigated. It reopened around midnight.