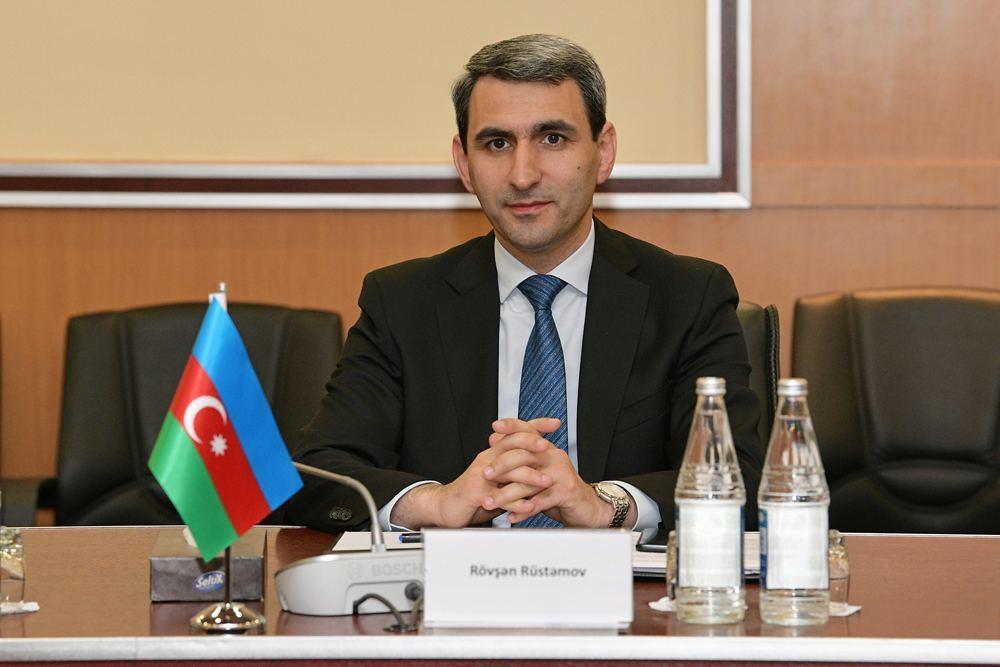 Minister: All of Azerbaijan will have Internet access by 2024

By 2024, Internet access will be available throughout Azerbaijan, Deputy Minister of Digital Development and Transport Rovshan Rustamov said.

He made the remarks at the event “Priorities in the field of digital development and transport in Azerbaijan”.

“Broadband Internet access is now available in a number of Azerbaijani regions. Additionally, work is underway to provide internet access in areas where it is currently unavailable,” he said.

Rustamov said 40,000 new users were connected to the internet in the country over the past month.

“It is planned to connect 150,000 homes to the Internet this year, and by 2024, the whole country will have access to the network. All of this work will be done through a public-private partnership,” he said.

Noting that more than 700 settlements are still without wired broadband internet, he said a merger of two public communication operators (Baktelecom and Azetelekom) is planned in the near future to solve this problem.

The Deputy Minister also said that a number of problems in the telecommunications sector have been resolved and opportunities for further development have been created in the last year.

Rustamov also mentioned that last year President Ilham Aliyev signed a decree on improving management in the fields of digitalization, innovation, high technology and communications in Azerbaijan, which gave significant impetus to comprehensive reforms in the areas concerned.

Moreover, in his recent interview with local television channels, the Head of State underlined the construction and reconstruction works in the liberated territories and the importance of building infrastructures to ensure the comfortable life of the populations. Work on the development of smart cities and smart villages concepts is also being carried out,” he said.

Speaking of the liberated lands, the deputy minister also noted that television and radio broadcasting covers 35% of these territories.

“Relevant work is underway in the liberated territories to provide the region with transport and communications infrastructure. This year, it is planned to fully restore television and radio in the liberated lands,” he said.

Rustamov said that 72% of the liberated territories have 2G network, more than 40% have 3G network and more than 50% have 4G network. There are also 1,400 kilometers of fiber optic lines.

Rustamov also said that in December 2021, Azerbaijani mobile operators were instructed to block suspicious calls from abroad to citizens’ cellphones.

He stressed that these measures were aimed at preventing fraud, specifying that approximately 90% of these calls were blocked.

Legal disclaimer: MENAFN provides the information “as is” without warranty of any kind. We assume no responsibility for the accuracy, content, images, videos, licensing, completeness, legality or reliability of any information in this article. If you have any complaints or copyright issues related to this article, please contact the provider above.