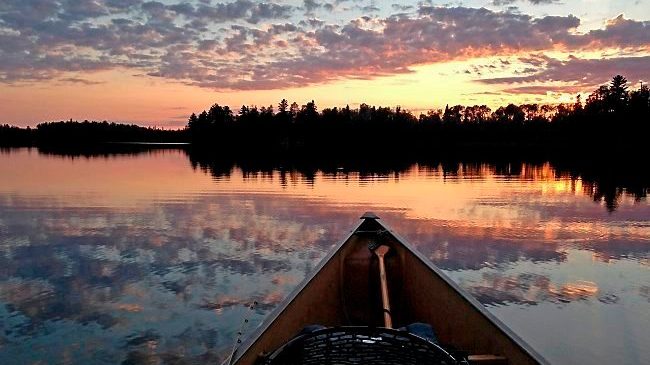 DAVID BACKES: Retired Professor of Journalism and Mass Communication at the University of Wisconsin, Milwaukee, discusses his new book “A Private Wilderness: The Journals of Sigurd F. Olson” (University of Minnesota Press), which shows the eloquence of the writings of Olson on the natural world, its power and its fragility. Olson, who introduced generations of Americans to the importance of the wilderness, served as president of the Wilderness Society and the National Parks Association, earning honors from the Sierra Club, the National Wildlife Federation, and the Izaak Walton League. Among Olson’s most influential books was “The Singing Wilderness” (1956). 7 p.m. Tuesday, June 1, moderated conversation with Backes on the history and aspirations surrounding the book, moderated by the Listening Point Foundation and the Sigurd Olson Environmental Institute. Register for free at: listenpointfoundation.org/book-release-event/. 7 p.m. Thursday, June 10, organized by the Friends of the Wilderness of Bordering Waters. In conversation with Douglas Wood, author of “Deep Woods, Wild Waters”. Register at: z.umn.edu/olson610.

MARY CASANOVA: The author who lives in Rainier, near the Canadian border, virtually discusses his new novel “Waterfall”, about a young woman whose wealthy family engages him in an institution because she violates the norms of the society; without personal money, she must find a way to get to Paris to study art. 7 pm Tuesday, June 1, in conversation with University of Minnesota press author Susan Bartlett Foote (“The Crusade for Forgotten Souls: Reforming Minnesota’s Mental Institutions, 1946-1954). Presented by SubText Books. Go to: subtextbooks.com.

JAMES D’AMATO: The RPG Expert offers the “The Ultimate RPG Game Maker World Building Guide”, which teaches both new and experienced players how to build and create their own game elements to customize existing adventures or create new stories from scratch. . Includes dozens of activities for a wide range of genres. 7 p.m. Friday June 4, presented by Next Chapter Booksellers. Go to: nextchapterbooksellers.com.

JORDAN ELLENBERG: Presents “Form: the hidden geometry of information, biology, strategy, democracy and all the rest”, in which the author reveals the geometry under some of the most important scientific, political and philosophical problems facing us . In conversation with Steve Strogatz. 7 p.m. Tuesday, June 1, presented by Next Chapter Booksellers. Information / registration: nextchapterbooksellers.com.

NIGHT OF LITERATURE LOVERS: Features Minnesotan Kathleen West (“Are We Here Yet?”), Colleen Oakley (“The Invisible Husband of Frick Island”) and Pam Jenoff (“The Woman with the Blue Star”). 7 p.m. Wednesday, June 2, presented by Valley Bookseller of Stillwater. Release. Registration required on: lit-lovers.com.

If you are a fan of John the Square as you write, you’ll be happy to know that Viking will be releasing their 26th novel, “Silverview”, October 12. Set in modern Britain, “Silverview” speaks of the tension between personal and political loyalty. Le Carré had worked on the only complete and unpublished novel that remained unpublished at the time of his death in 2020. Its release marks the 60th anniversary of the publication of Le Carré’s first novel, “Call for the Dead”.

Simon & Schuster publishes the pocket edition of “The Making of Asian America”, through Erika Lee. First published in 2015, the new edition has a new postscript, bringing Lee’s widely acclaimed book back to the present with a chapter on the most recent racial campaigns against Asian Americans. Lee, Rudolph J. Sailors who came on the first transpacific ships in the 1500s to Japanese Americans incarcerated during World War II. She explores how Asian Americans continued to fight as “despised minority” and “model minorities”, revealing the persistence of racism in their lives and in the life of the country.

Also back in print, from University of Minnesota Press, is “Outsiders Within: Writing on Transracial Adoption,” edited by Jane Jeong Trenka, Julia Chinyere Oparah and Sun Yung Shin. First published in 2006 by South End Press, this historical anthology of essays, fiction, poetry and art examines how transracial adoption, which tends to be seen as benevolent, often takes a heavy toll emotional, cultural and economic to those who experience it firsthand.

Call to prepare for hurricanes – the Royal Gazette