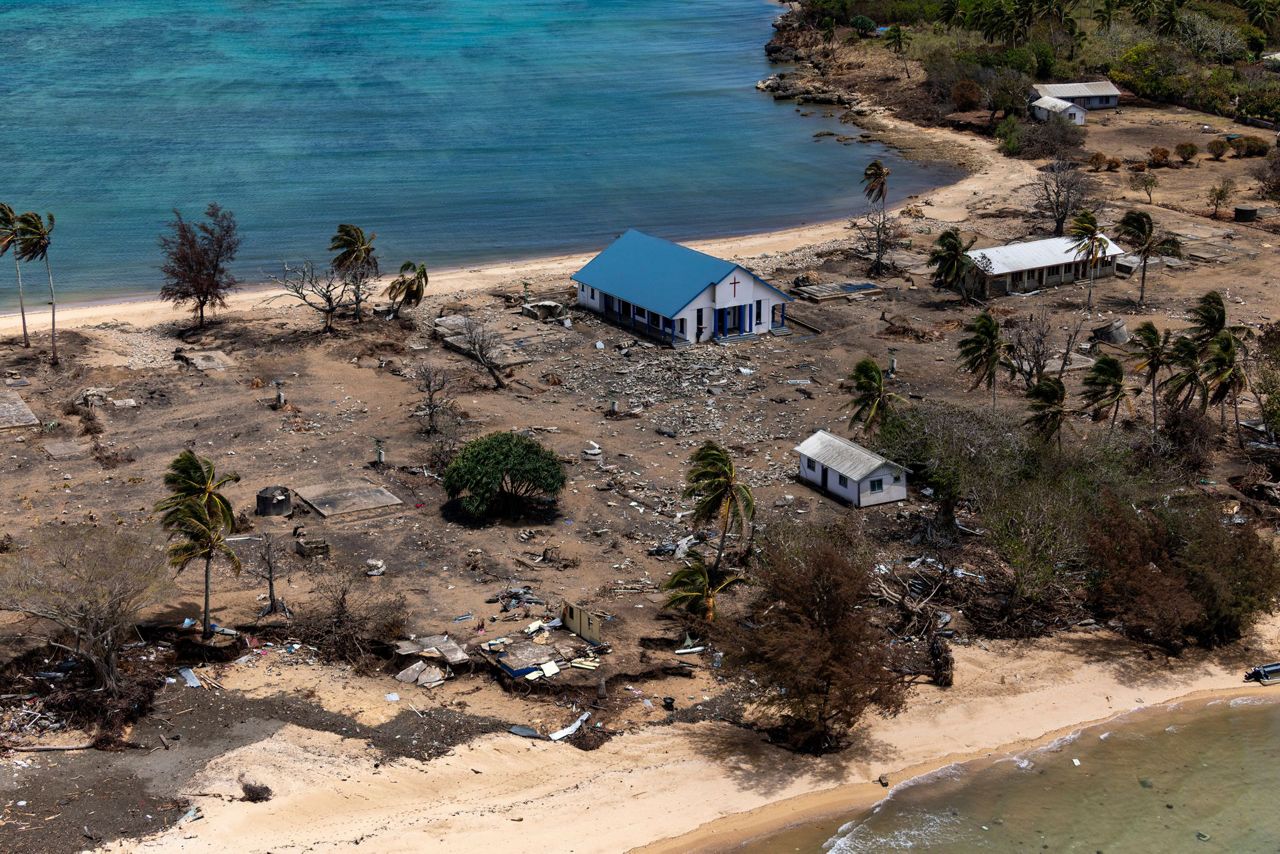 WELLINGTON, New Zealand (AP) — Tonga’s main internet connection to the rest of the world has finally been restored more than five weeks after a massive volcanic eruption and tsunami severed a crucial undersea cable.

Three people in Tonga were killed by the January 15 tsunami, dozens of homes were destroyed and drinking water was contaminated.

The fiber optic cable is fully operational again after being reconnected on Tuesday, said Samiuela Fonua, chairwoman of Tonga Cable Ltd., the public company that owns the cable.

“It’s a huge relief when you know things have come to an end and are working well,” Fonua told The Associated Press. “It is a step forward for the country.

Fonua said crew aboard a repair vessel replaced about 90 kilometers (56 miles) of cable that had been damaged by the tsunami. His company did not have enough spare cables, Fonua added, and had to borrow some from other companies.

The fix means Tonga Cable can now focus on repairing a second severed cable that connects some of the outer islands to the main island, Fonua said. This cable passes near the underwater volcano.

Fonua said his company tested the satellite connections this week and they worked well. He said that now that the main cable was restored, he hoped SpaceX connections could be used to reconnect people on some of the outer islands.

Officials in neighboring Fiji said SpaceX had established a station there to help restore connections to Tonga.

Tonga is also grappling with its first coronavirus outbreak, which may have been brought in by foreign military crews aboard ships and planes providing lifesaving aid after the eruption.

The outbreak has reached over 250 cases, but so far no deaths have been reported. The country of 105,000 people has started easing some virus restrictions after initially imposing a lockdown.

Tongan health authorities say 90% of people aged 12 and over have received at least two doses of a COVID-19 vaccine.

Copyright 2022 The Associated Press. All rights reserved. This material may not be published, broadcast, rewritten or redistributed without permission.