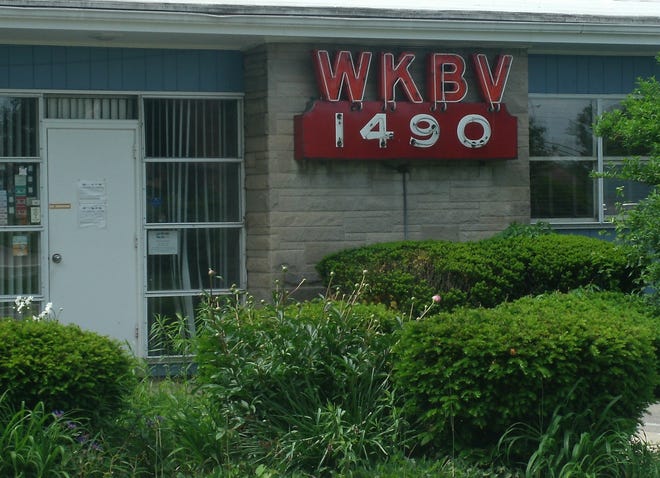 On September 27, 1926, what began as a “play toy” in William O. Knox’s living room became an institution in Richmond with far-reaching consequences.

More from our past:Horses were harnessed to local news in 1887

Knox had obtained a permit to build a radio station, so he created a 100-watt signal strong enough to light a household light bulb.

Knox, a railroad telegraph, began broadcasting from his homemade television set in his living room in Brookville. He used his initials “WK” followed by “BV” for letters of appeal, which stood for Brookville: WKBV.

The station was his hobby.

The shows consisted of a few records, little ad lib talks, and Knox’s personal “good evening” to the neighbors. The early audiences numbered no more than a dozen or so, having reception platters that were in east-central Indiana at the time within reach. In the first three years, there were few regulations and only one advertisement. No inspector visited Knox station, but he sold an evening program for which he received $ 15 from some of the town’s businesswomen.

In 1929, the station moved to the Betsy Ross building in Connersville. Its first regular programming has grown to an extravagant six hours a day.

In 1933, he moved to the Westcott Hotel in Richmond, where it became the primary venue for Richmond Red Devil’s sports reporting.

In 1943, a group of local businessmen moved WKBV to the annex of the Leland Hotel, where Richmond High School graduate Polly Bergen did her first 15-minute show. Polly’s parents lived on North Fifth Street roughly where the east entrance to the town building now stands. She would sit on her porch and sing as she liked. After her stint at WKBV, she left Richmond and found success in almost all entertainment media during a half-century career in show business. She rose from professional singer status to prominent Hollywood actress in the 1950s. She has performed onscreen with Gregory Peck, Robert Mitchum, Joan Crawford, William Holden, and James Garner, to no avail. name a few.

WKBV also made the transition.

On September 27, 1926 William Knox of Brookville, just for fun, began sending out radio signals with the WKBV (WilliamKnoxBrookVille) call letters.

The force of his emissions lit a 100 watt light bulb.

Since then, WKBV has grown into Central East Indiana’s premier signal for information and entertainment with broadcasts reaching nationwide.

Today is the station’s anniversary.